Artist Christine Niehoff has long been inspired by both science and science fiction. She chats to us about a first-hand experience with nuclear disaster and how it influenced her new Berlin installation, The Mobile Museum of Apocalypse. 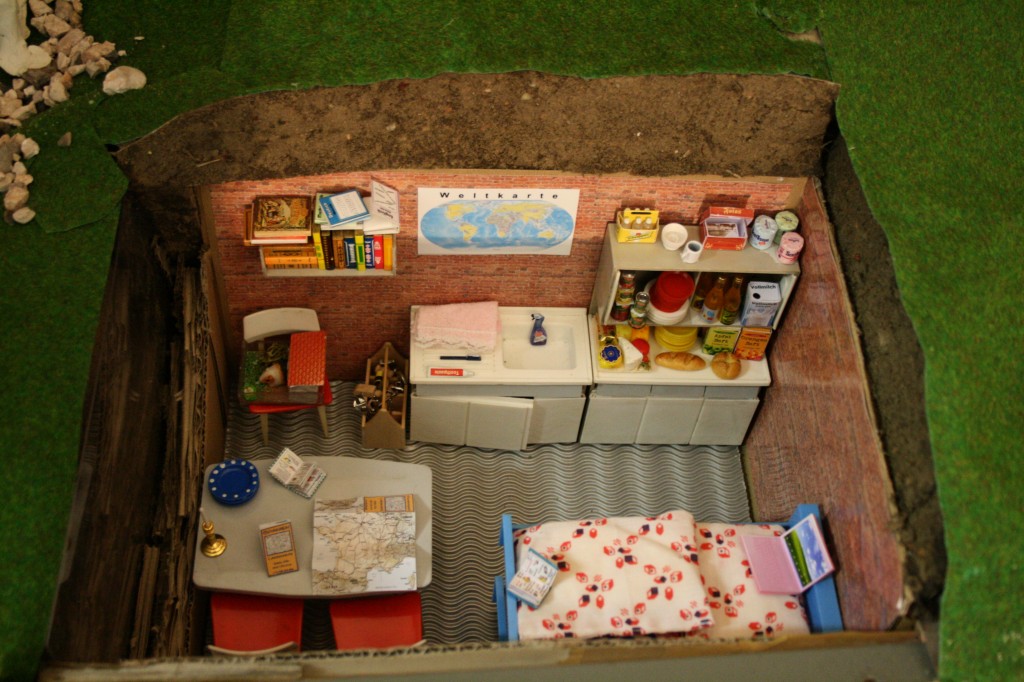 In 1992, Christine Niehoff was staying near St.Petersburg when a serious accident occurred at a nearby nuclear power plant. Though she didn’t know it at the time, the experience turned out to be a defining moment in her career as an artist. “It was a very frightening time, nobody knew how bad it was. For twenty years afterwards I didn’t really think about it much, but instead developed an obsession with nuclear issues, the end of the world, and science fiction.”

Over the last two decades, Niehoff’s fascination with catastrophe has manifest itself in work based on themes such as ‘disaster’, ‘survival’, and ‘shelters’. True to form, her latest installation, currently showing at Berlin’s Scotty Enterprises, is called The Mobile Museum of Apocalypse.

“I’ve built a small mobile museum, based on the design of a Moldovan kiosk, that will explore various scenarios involving how mankind might meet its end,” the artist explained. Not the cheeriest of topics, but – as is so often the case – where tragedy leads, comedy follows. “While I hope to make people think, there is a humourous side as well.”

Inspired by an article discussing the climate cooling that would follow a nuclear standoff between Pakistan and India, Niehoff created the diminutive museum’s first show, entitled Mit dem Atom gegen den Klimawandel (Nuclear against Climate Change). Tongue firmly in cheek, she plays with the idea that nuclear power can provide a solution to global warming – if not by providing a replacement to fossil fuels, then perhaps by triggering a nuclear winter.

The multi-media exhibition consists of a miniaturised, 3-D post-apocalyptic landscape complete with debris above ground and an insight into a sophisticated bunker, decorated with dolls house furniture to look eerily realistic. The surrounding walls feature a museum-like information board, a painting of a menacing mushroom cloud, and what looks like a series of stills from a film. 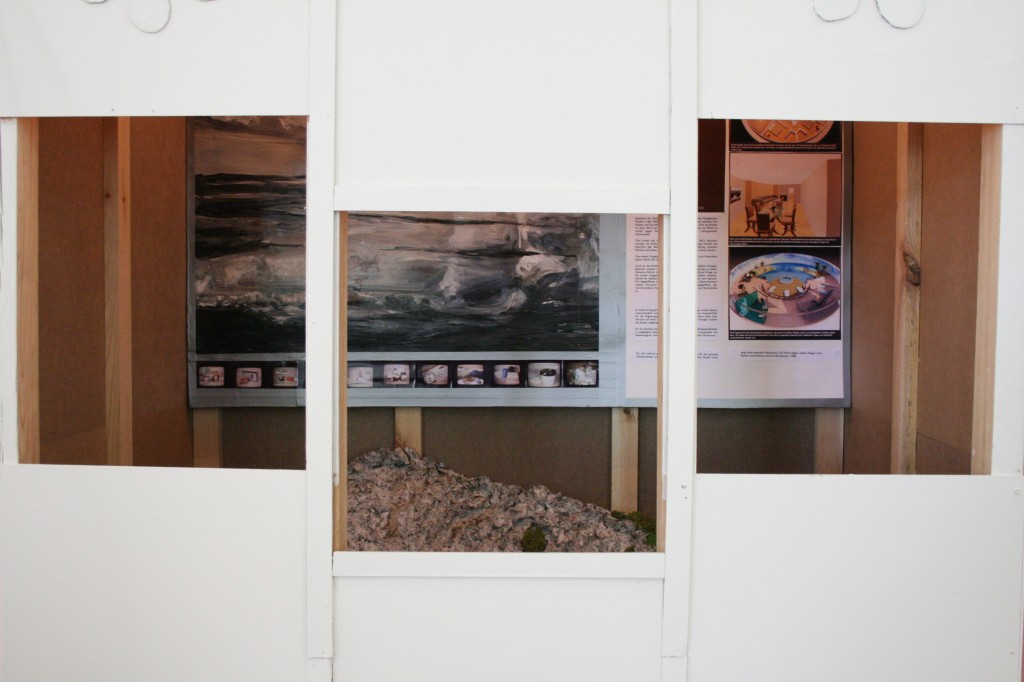 “Those images are from a fascinating series of short films called Protect and Survive, made by the UK government to inform people about how to protect themselves during a nuclear attack.” In fact, it was these short films that formed the basis of Niehoff’s previous installation whilst studying for her MFA at Goldsmiths in London. Using the instructions on the films (which are hilarious and disturbing in equal measure), she built a nuclear shelter with materials available to hand.

Back at the current installation, the artist will soon be moving away (at least temporarily) from the topic of nuclear to focus on a brand new show inside her micro-museum for the  finissage on 6th October. The Atwoodian exhibition will explore the perils of  GM food, envisioning a scenario where humanity starves to near-extinction due to unforeseen complications of genetic engineering.