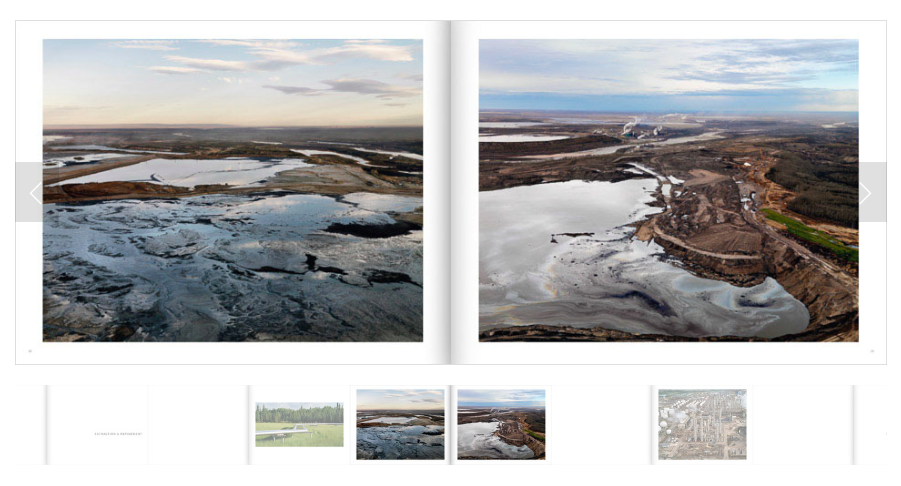 In 1997, Edward Burtynsky had an epiphany. The creation and perpetuation of civilisation as we know it is largely thanks to one precious commodity: oil.

Over the decade that followed, the experienced Canadian photographer travelled the globe to document the story of ‘black gold’, from extraction and refinement to end use, culminating in an impressive but disturbing exhibition that drills into and lays bare the sinister significance of his realisation.

The exhibition has been on tour since 2009, and although the most recent stint at Berlin’s C / O Gallery has just come to an end, the iPad app, with over 100 of Burtynsky’s best photos, along with a book featuring the whole collection are now available.

Divided into four sections, Burtynsky’s photographs are simultaneously horrifying and beautiful. ‘Extraction and Refinement’ details the ravaged landscapes of a world obsessed by oil. Reminiscent of a junkie desperately seeking out a vein in the ruined skin of his broken body,  you try to look away, disgusted, yet you stare, gawping at the willful self-destruction as addiction overrides the most basic common sense.

‘Detroit Motor City’ documents the remains of Michigan’s largest city, once the centre of America’s automotive industry. Now a poster boy for the failing US economy, Detroit is filled with the detritus of past glories, a boomtown gone bust. Juxtaposing an image of the immaculately restored design studio used by Henry Ford for his world-changing Model T, with the now dilapidated factories reclaimed by vegetation, Burtynsky makes a moving statement on the conflict between nostalgic legacy and harsh reality. 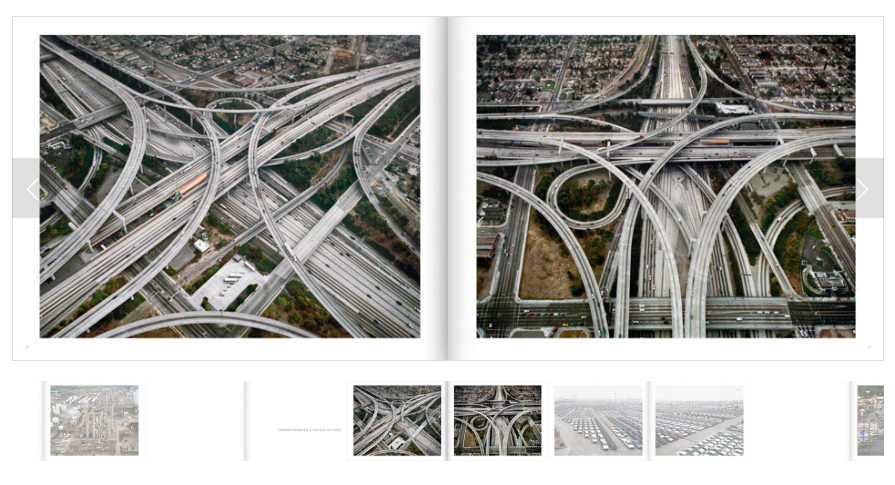 Despite Detroit’s decline, the automotive industry is alive and well, albeit operating out of distant locations. ‘Transportation and Motor Culture’ drives home the extent of oil’s impact on our built environment, from sprawling spaghetti junctions whose literal culinary equivalent could feed an entire city, to parking lots that stretch off into the comfortingly indifferent horizon.

With his final chapter, ‘The End of Oil’, Burtynsky focuses on the final stages of this particular journey: abandoned oil fields with no attempt at restoring their former, natural glory; plane, ship and car graveyards full of the rusting ghosts of yesterday’s future; synaesthetic piles of burning tyres whose singular smell you can almost taste. 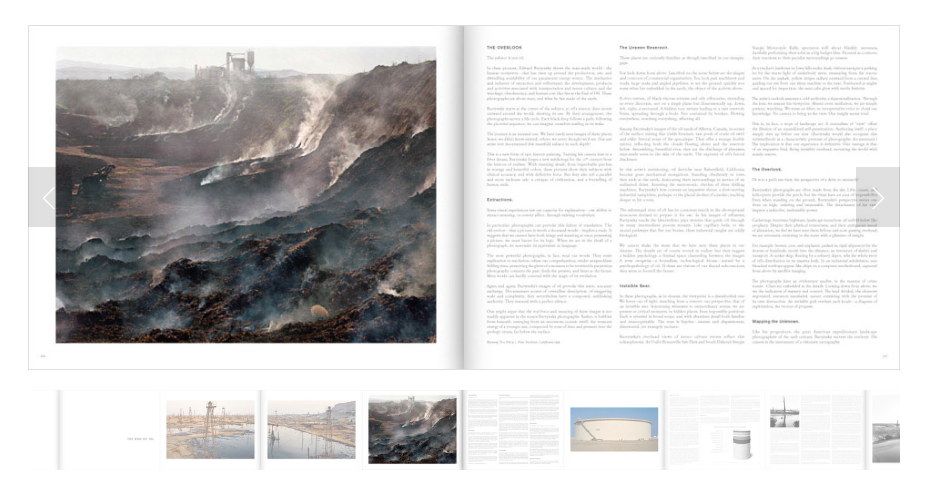 Screenshot of Oil sample spread, The End of Oil chapter, from Burtynsky’s website.

In a similarly important closing chapter, civilisation is itself entering the final throes of this passionate love affair. Unprecedented environmental destruction and climate change present probably the biggest problem humanity has ever faced. Peak oil threatens to pull the plug on our addiction and leave us in collective cold turkey. As we approach the end of oil, it remains to be seen if we’ll come good and come clean, or if – as some argue – the enforced detox has already arrived far too late.

Read more about Edward Burtynsky, purchase his work and find out about upcoming exhibitions on Artsy.