Home   /   Sculpting a new meaning of ‘life’: genetics in the 21st century

Sculpting a new meaning of ‘life’: genetics in the 21st century 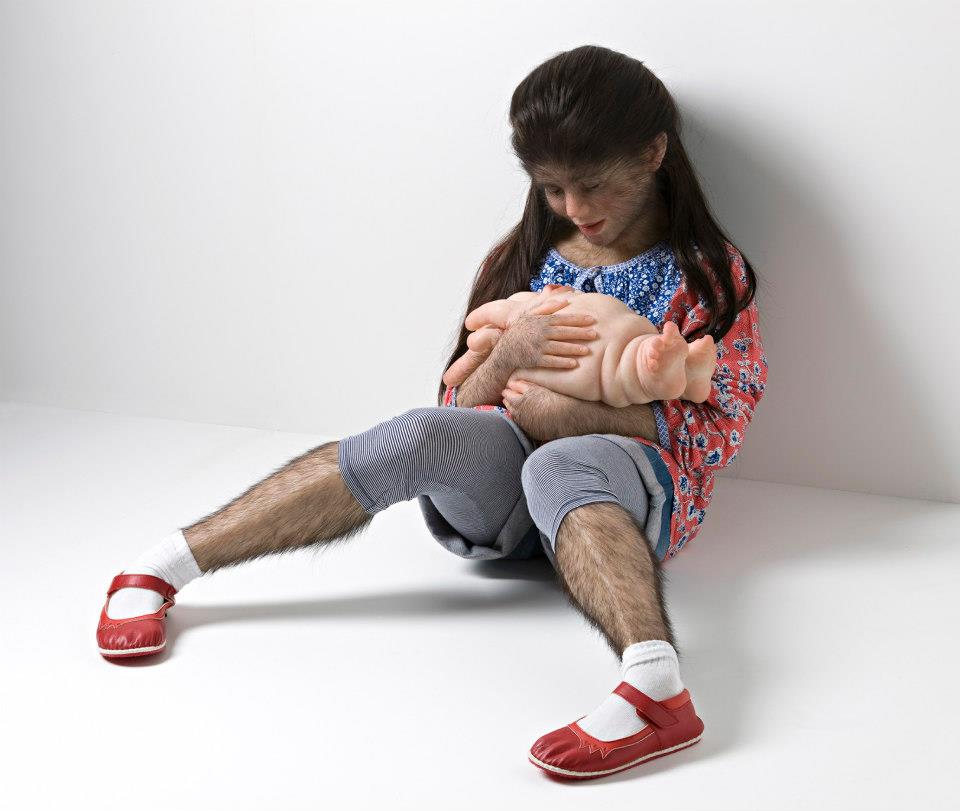 Despite (and arguably because of) all the pondering and researching, we are today perhaps further than ever from the answer to that short but poignant question: what is life?. While deep-rooted cultural signifiers like tradition, religion and politics leave us unable to agree on basics such as the point when human life begins, scientists have been busy pushing the boundaries of our already vague definitions.

In 2010, geneticists at the J. Craig Venter Institute announced that they had created the world’s first synthetic life, sparking a chorus of awe, excitement, fear and indignation from various socio-cultural quarters.  Stem cell technology is  a reality in current medicine, with talk of print-your-own-organ technology available in as little as 20 years from now. Genetic engineering is already old news, having been going on since the ’70s (or millennia if you count it as little more than an extension of artificial selection and domestication).

As the future arrives, unrelenting, how do we mediate these increasingly complex dialogues? As in so many other arenas, it is the creative community that steps up to provide a forum for reflection – not only interpreting modernity but holding a mirror up to society, forcing individuals to stare back at their assumptions and prejudice.

Sculpture, in particular, is singularly placed to address the plasticity of what ‘living’ means, with its potential to affect audiences with realistic or lifelike works. Currently showing at Berlin’s Georg-Kolbe Museum is an exhibition curated by  Dr. Marc Wellmann called BIOS, which brings together international artists to examine “concepts of life in contemporary sculpture”.

Walking into the gallery, I caught a glimpse of what looked like a child slumped solemnly against the far wall, holding a baby. As I approached for a closer look, I visibly jumped at the grotesqueness of the ape-like child before me. So human in posture and appearance, yet so hairy and animal, she cradles an infantile blob with feet, a mouth and rolls of familiarly cute baby fat.

It is Australian artist Patricia Piccinini’s The Comforter, and it’s truly disgusting. Of her work, Piccinini said, “I am fascinated by the narrative and ethical repercussions ensuing from our increasingly sophisticated understanding of and interventions into the structure of life. The amazing and extraordinary potential for this knowledge can only be contrasted against the relatively poor use we seem to be making of it.” The artist calls this her most optimistic work in the series, arguing that the girl is, despite her hypertrichosis (the genetic condition that makes her so hairy), beautiful.

Audiences will undoubtedly beg to differ. It’s surprising to learn that the girl’s appearance is the result not of human meddling but a naturally occurring, albeit rare, genetic condition. The horror I felt when viewing the sculpture came – partly, at least – from a fear of the unfamiliar. I subconsciously equated the monstrous with human genetic manipulation, and it was the revelation to the contrary that turned out to be The Comforter.

Forcing further confrontation with this topic was New York artist Brandon Ballengée’s work, Baumfröschen (Tree Frogs). Based on extensive research into the causes of amphibian deformity in the UK, Ballengée’s piece features preserved specimens of deformed frogs. Using a chemical process that renders the bones fluorescent colours and the skin completely transparent, the result is polychromatic, extraterrestrial-looking ‘skeletons’ with extra hind limbs flailing, awkward and beautiful. 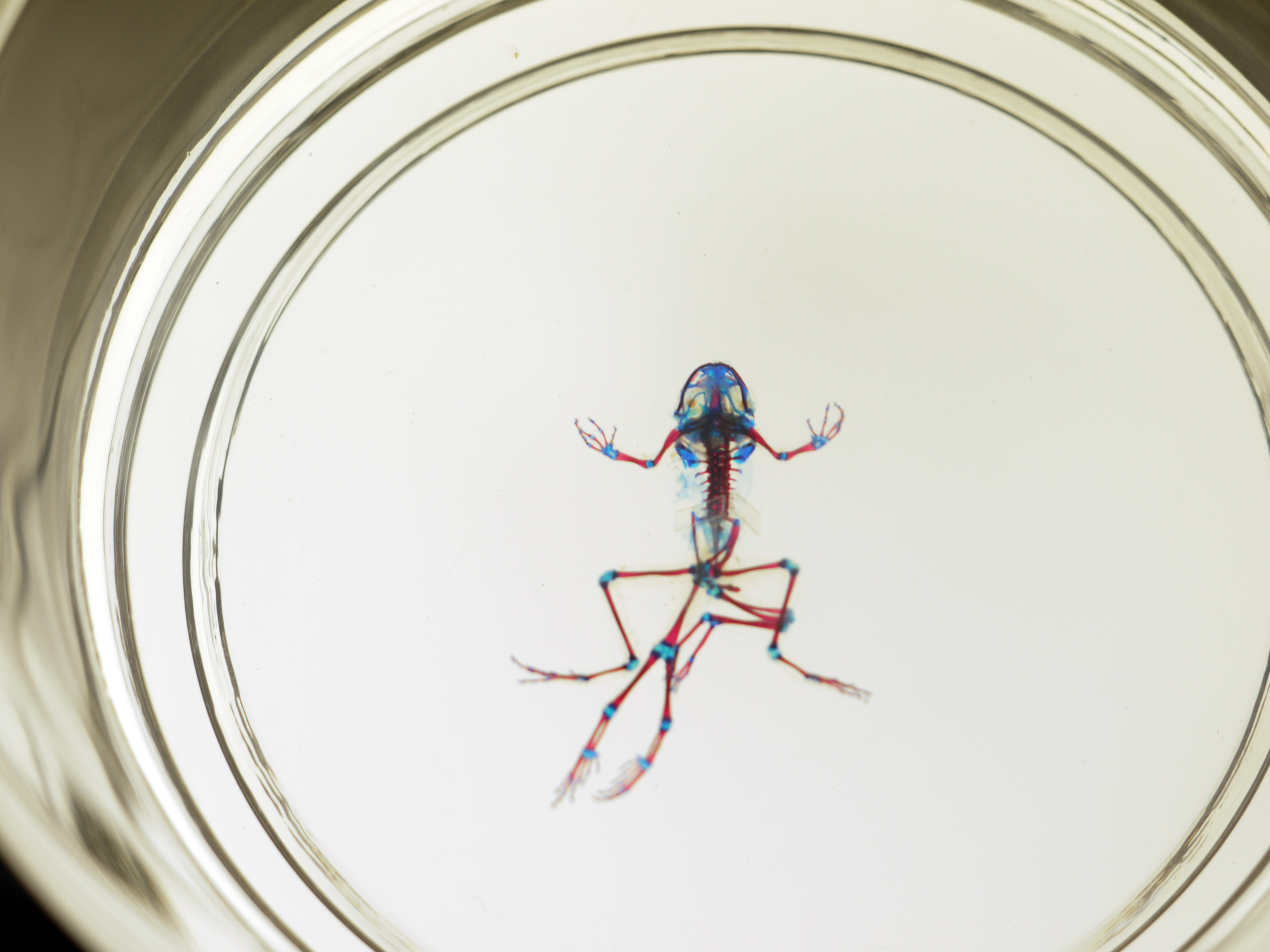 According to the artist, his work “attempts to blur the already ambiguous boundaries between environmental art and ecological research.” Indeed, Ballengée’s collaborative research with American scientist Stanley Sessions finally provided answers to the mystery of amphibian deformity. Deformed frogs and toads, in particular those with missing or extra limbs, have become a hugely contentious issue on both sides of the Atlantic, with the public alleging genetic mutations caused by chemical companies’ pollutants, as popularised by The Simpsons’ famous three-eyed fish.

In fact, the ‘mutations’ have a completely natural cause. The missing limbs of frogs and toads were simply a result of being bitten by nymph dragonflies during the metamorphosis from tadpole. Those with extra limbs were infected with parasitic flatworms, which burrow into and physically rearrange the limb bud cells.

Again, my preconceptions were torn apart by art. Initially finding the specimens alluring yet discomfiting, I too had instantly blamed the deformities on genetic mutation, just like the irrational and reactionary voices I am usually so quick to judge and criticise.