The Quest for a Real Hard Hob 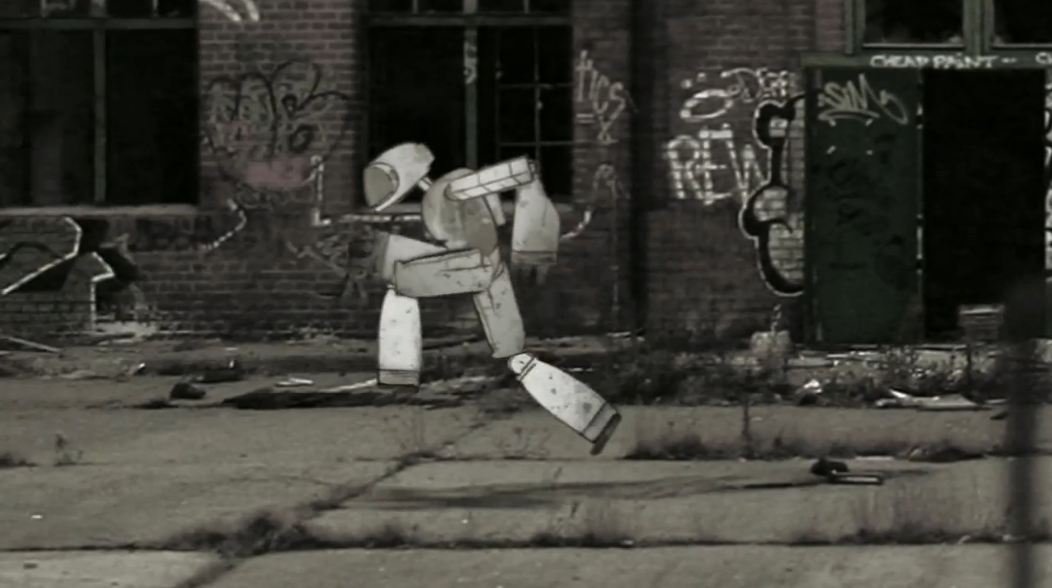 It’s a dark night in dilapidated Berlin. The looming clouds part to reveal a dim, dubious and spherical light source as City Redevelopment Robot Deco4, alone and confused in the post-apocalyptic landscape, spots the crumpled, destroyed remains of a kindred droid and begins a panicked dash across the city.

The Quest for a Real Hard Hob is an audio-visual journey following the plight of Deco4 as he navigates the dangerous dystopia in his Ozian search for an element, or hob, robust enough to be his android heart. Providing the dramatic soundtrack is a live, four-piece band of accomplished musicians whose thunderous percussion and chest-trembling bass complete the experience, which had the crowd hypnotized from start to finish.

Beneath the backdrop of Galiläakirche Friedrichshain’s soaring spires and imposing pipe organ, the Hard Hob team last night delivered Act One of Four of the animated adventure, leaving everyone present desperate for more.

Aside from the music, one of the most captivating parts of the experience is seeing the artists’ rendering of some of Berlin’s best-loved buildings and monuments as crumbling ruins. The soldier’s bright image at Checkpoint Charlie is partially destroyed and barely recognisable, and the Sony Centre’s iconic glass ceiling is smashed, splintered and on the verge of risky collapse.

It’s exciting to see the destruction of these familiar landmarks, because it reminds us of how fragile these seemingly solid structures are. And if they can fall, so too can we.

As for our hero, Deco4, let’s hope there’s not long to wait before we find out if he, at least, can defy dystopia.