Identity Crises in a Biopolitical Age

The A-Lab building in Amsterdam’s northern quarter is a fittingly ramshackle and dystopian setting for the latest exhibition by Chinese multimedia artist Louis Hothothot. Urgent Care of Identity takes a dark, sideways look at the politics of identity in an increasingly globalised, individualised age. The show, which features work from seven artists in addition to Hothothot, is based on the premise that the very concept of identity has been historically appropriated by the political right to manipulate society, perpetuate prejudices and impose its own version of morality and justice.

Much like in Huxley’s Brave New World, individuals are now divided up into materials or modes of production, with race and other social identifiers used to stratify society into composite parts, like products on a supermarket shelf. Combine this chilling thought with the introduction of technology that seeks to “capture all” information about every living person, and you’re left with some uncomfortable questions about the future–and indeed the present. From bio-data to ubiquitous surveillance, racial profiling to current discourses on immigration, identity itself seems to be going through a crisis of definition. 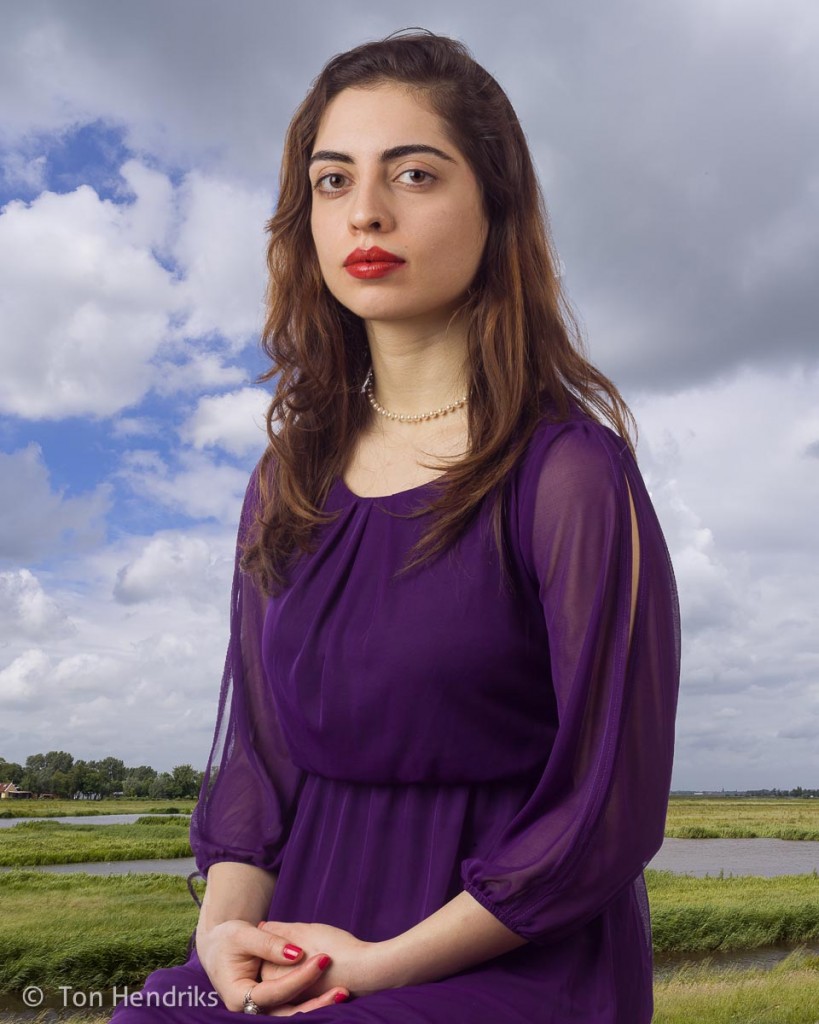 The participating artists address interconnected themes, including language and cultural domination, immigrant “otherness” and the surveillance of power. Under low, post-industrial ceilings, Tom Hendricks’ set of artworks are set in an unexpectedly bright room. Entitled Mona Lisa Olandsee, three large portraits dominate one wall. All are young females, all are beautiful, though perhaps not conventionally so. The photographs, like the classical style they imitate, have a striking disconnect between the background and the foreground, accentuating the notion that the subjects are not quite at one with their surroundings. In fact, each of the girls is an immigrant to the Netherlands: strangers in a strange land, with an indefinable expression of curiosity as they look cautiously towards an uncertain and unknowable future. 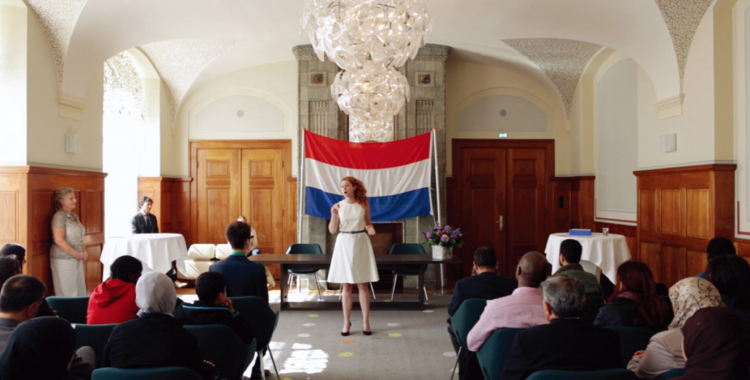 Robert Glas’s Ho Mia Land! is a compelling affair. Featuring a singer performing a piece of music in the artificial language of Esperanto, the audiovisual installation shows a Dutch naturalisation ceremony. Apparently only introduced in 2006, the ritual was initially derides but has since quietly melded into national tradition. “These phenomena stem from radically incompatible political views on the function of national identity”, according to Hothothot. This simple but arresting projection hammers home the absurdity of both the ceremony and the values it seeks to reinforce. 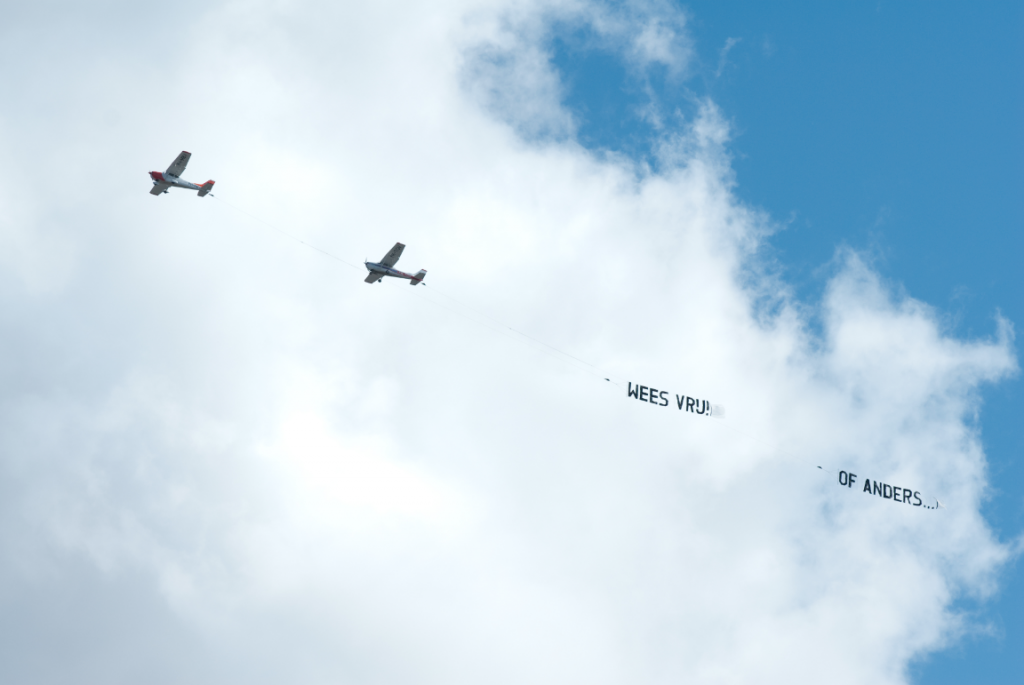 Jonas Staal: Be Free! Or Else

On Liberation Day (5th May) 2010, two aerial banners circled the Amsterdam skies, their messages telling citizens to “Be Free!” “Or Else”. The project, by artist Jonas Staal, question the meaning of freedom in contemporary society, suggesting the concept has become essentialised: that freedom is a social obligation, hence the imperative, “Be Free”". The artist also seeks to make connections between what he sees as two forms of propaganda: the outdated aerial advertising and the contemporary event of Liberation Day, which commemorates the end of the Nazi occupation of the Netherlands. 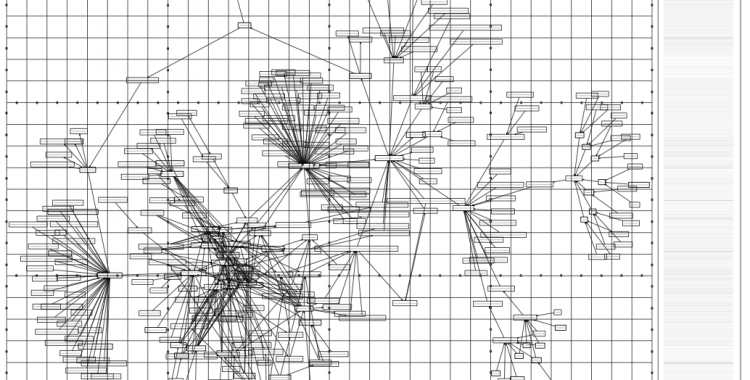 Another highlight of this subtle yet powerful exhibition is net.art pioneer Heath Bunting’s Status Project. His project is focused around the premise that, “As conformists, we are imperfect models of ‘the system’, clustered in three main layers: Human being, Natural person (an objectified human being) and Artificial person (generally objectified collectives of natural person(s).” His gloriously complicated flowchart-like pieces document complex layers of identities, with class and income as key signifiers. In contrast to these three visualisations, Bunting’s fourth piece — entitled Terrorist — differs extremely and poignantly, representing the chaos and fear of contemporary identity politics. The goal of the project, according to the artist’s website, is to “produce a model for a vertically compartmentalised individual to protect against organised crime networks such as the United States of America Empire (USAE).”

The curator’s own work, Zone of Urgency, is a chilling commentary on the Dutch government’s incarceration policy. On the surface, the fact that prison rates have been steadily falling perhaps indicates a promising move toward a more tolerant and just society. But, explains the artist, who has lived in Amsterdam for three years, “the transformation of jails demonstrates a change in the state’s methods of governance, from disciplining bodies to surveilling them.” Through a series of haunting video shots–think lonely pigeons amid empty prison courtyards–accompanied by minimal, minor piano music, Hothothot alludes to biometric surveillance as a version of what Michel Foucault called the ‘carceral archipelago’–a strategy employing physical boundaries to gain control of urban space.#