The Science Museum sucks in and spits out its usual heavy weekend traffic during a freakishly cold Saturday in spring, but down in the basement those in the know escape the frantic crowds to take part in a soothing interactive installation. 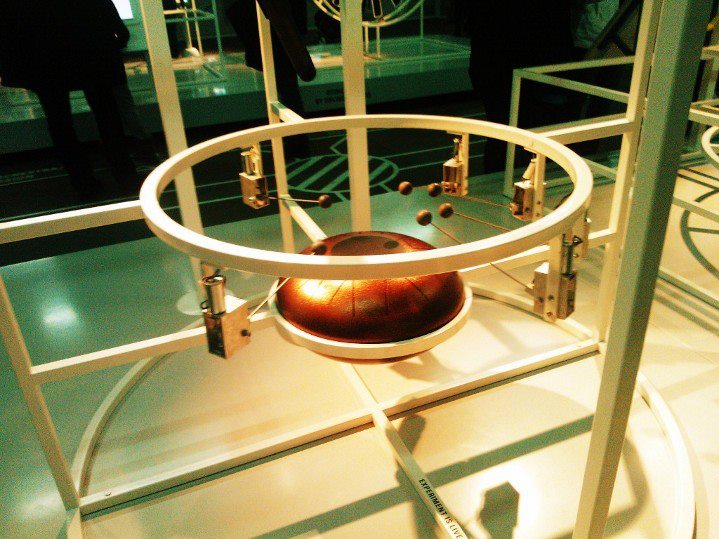 Created by Google, the Chrome Web Lab is characteristically Utopian, consisting of five experiments designed to bring the revolutionary yet invisible power of the Internet to life. People can take part both onsite at the Science Museum and online, and this is the crux of the project: location no longer matters.

Nowhere is this idea more apparent than in experiment number two, entitled the Teleporter. The aim is to show that technology can take us wherever we want to go without having to travel. Google installed 360-degree cameras in three locations across the globe:, an award-winning bakery in North Carolina called Amelie’s, Miniatur Wunderland in Hamburg, and Two Oceans Aquarium in Cape Town. Using specially designed rotatable viewing stations, people at the installation can “teleport” to their chosen destination and take photographs, which are instantly displayed on walls of digital photo frames. At home too, Internet users can view the places in their browser and their images are sent to the wall at the Science Museum. 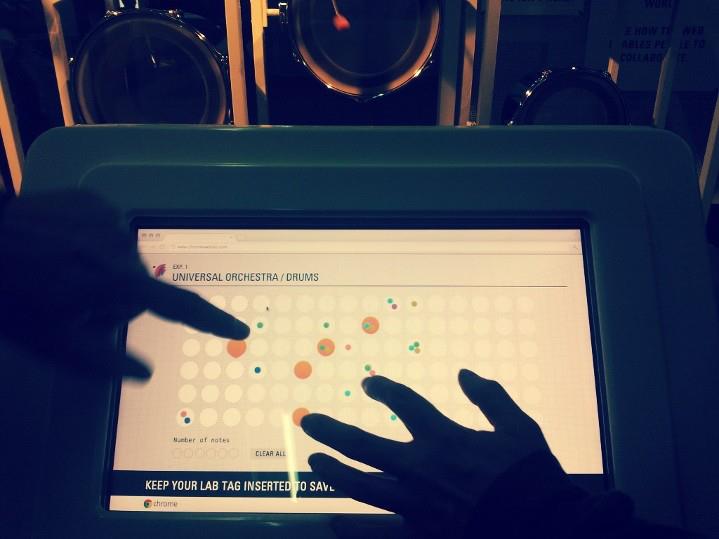 Superficially the most exciting but in practice somewhat underwhelming, the Teleporter experiment is trumped by the Universal Orchestra. A complex (but never complicated) setup of instruments, playable live from touchscreen sequencers at the installation or remotely online. It’s the results of this experiment that gives the space its calming atmosphere. The synergetic music is the soundtrack to a future enhanced by collaboration and technology. (Press “play” below to listen to my harmonious contribution).

The Data Tracer experiment helps visitors to visualise the movement of information across vast spaces at great speed, by asking them to select an image and then tracking its journey on a 3D world map projected on a wall at the museum or in your browser. 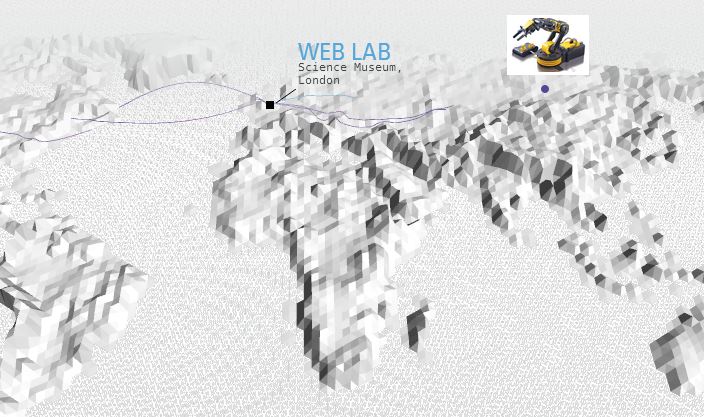 Judging by the queues, however, the star of the show is the Sketchbots. After taking a photograph of participants, either through the camera at the installation or a webcam, the computer vision programme firstly straightens the image by detecting your eyeline. It then performs edge detection and converts the result into instructions for the robot to sketch your portrait into the sand (see video below).

The final experiment is the Lab Tag Explorer. Upon entry to the installation or when joining online, visitors are given a unique Lab Tag that lets them record their experiences at each experiment. The Explorer is Google’s pat on the back to itself, not-so-subtly highlighting the ubiquitous search engine’s role in increasing and democratising access to information. Still, given the amount of intelligence and creativity that’s clearly gone into this installation, the hat-tip is well deserved. 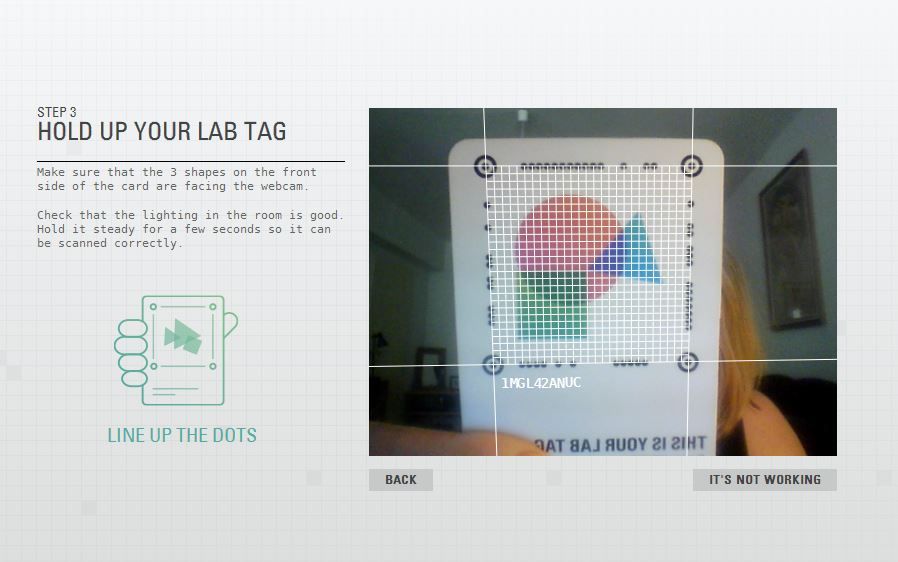