According to yoga philosophy, the act of vocalising certain sounds helps to balance one’s chakras. The vibrations are thought to dislodge blockages to beneficial effect of both body and mind. A devoted yoga practitioner, I’ve nonetheless remained been sceptical about this particular theory, preferring to interpret it as metaphor; yet the strange thing is, chanting these “oooo’s” “aaaahhhh’s” and “eeee’s” really seems work. But how? 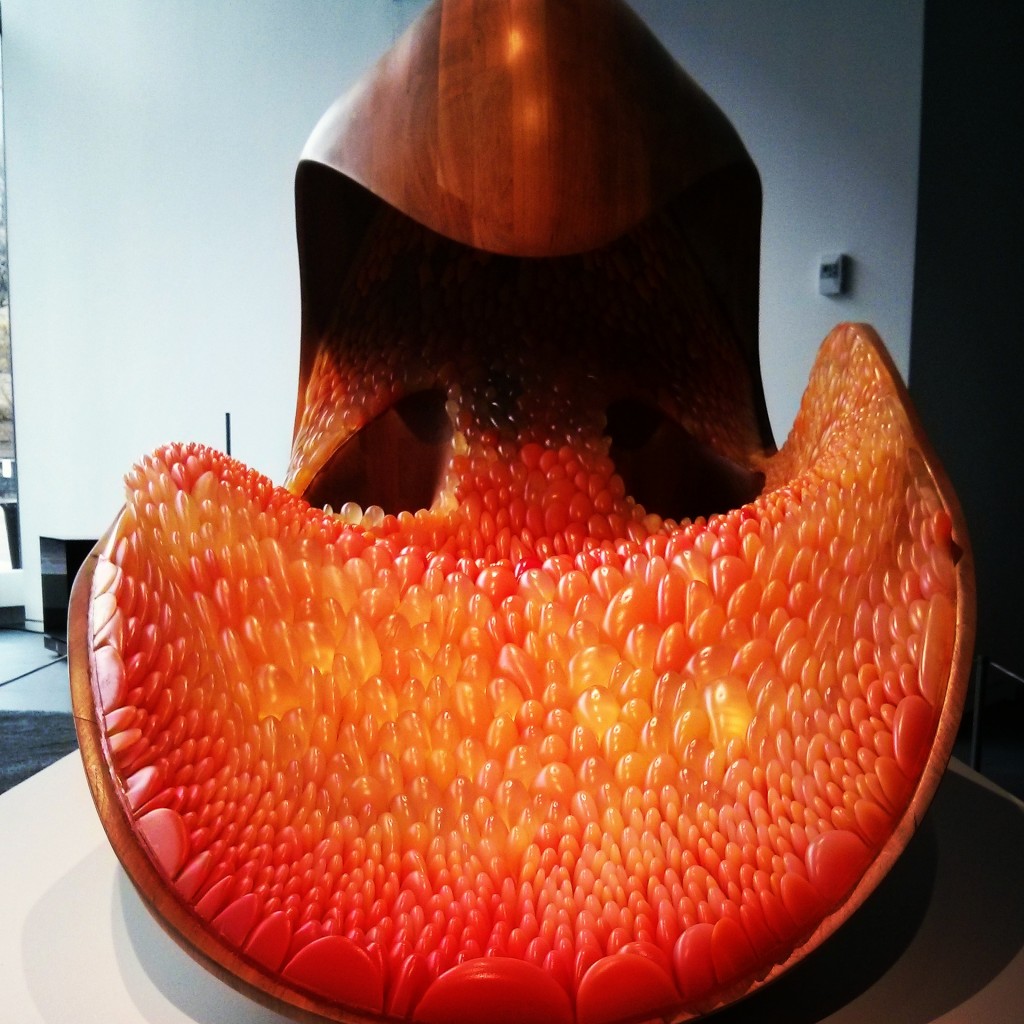 The opening exhibition at Le Laboratoire’s new gallery in Cambridge, MA seeks to find out. Entitled Vocal Vibrations, the project is a collaboration between inventor and composer Tod Machover and architect and designer Neri Oxman. Both based at MIT’s Media Lab, a renowned centre for interdisciplinary experimentation, the duo have created an interactive installation that “explores the relationship between human physiology and auditory and externally stimulated vibrations.”

Visually speaking, the centrepiece of the installation is an orange chaise, straight out of a sci-fi film set. Iridescent globules rise up from its base, creating a lavic landscape in miniature. The strangest thing about this piece of furniture, though, is the hooded area that encloses the head and provides what Oxman calls a “stimulation-free environment”. Named Gemini, the “sensorial chaise” is designed to diffuse and absorb sound, so that the user can have an uninterrupted and uninhibited experience.

Gemini was first shown at Le Laboratoire’s more established Paris branch and sadly, since it was brought Stateside as an art piece, visitors are not allowed to interact with it. Machover’s contribution, however, is as practical as Oxman’s is conceptual. “Examining the hypothesis that the singing voice can influence mental and physical health through physicochemical phenomena and in ways consistent with contemplative practices”, he and his team composed a choral soundscape to centre around D — the key most people find easiest to sing.

The main gallery space doubles as the Chapel, where visitors are encouraged to sit and meditate to the ebb and flow of Machover’s composition. One at a time, we were then led to a purpose built “cocoon”: a sectioned off area designed to replicate Oxman’s insular space. Once inside, I put on a pair of headphones and a mic, and took in my hands a small, solid spherical object that vibrated each time I responded vocally to the sound being played into my ears.

The gallery itself was almost empty, and I was shielded from the main area by translucent, soundproofed partitions, yet still it was difficult for me to sing in that public situation. I started quietly and cautiously, building up to bolder experiments throughout the six-minute session. The louder I vocalised, the more the sphere vibrated, reflecting, I suppose, the potential physical and emotional benefits to my private performance.

Machover hopes visitors “will enjoy a new perspective on the potential of the human voice to impart pleasure through listening, to enhance concentration through participation, and to promote ongoing wellbeing through practice.” In that sense, Vocal Vibrations is undoubtedly a success, though in my case he’s preaching to the choir. What would be useful, I think, in terms of both visitor experience and the enhancement of this experiment, would be to ask participants to answer a set of carefully crafted questions immediately after they exit the cocoon. Yes, meditation and vocalisation are an inherently personal practice, but such a survey might not only provide valuable feedback to the team, but it could also encourage visitors to reflect on their state of mind and body, after the short singing session.

Over and above the contemplative benefits of chanting, recent research has shown that “vibrations, whether caused by sound or by other molecular forces, can have quite an impact on cellular behaviour and molecular transport”, explains Le Laboratoire founder David Edwards. This theory is currently making waves across various fields of human medicine, with science finally promising to explain something that yogis have known for centuries. 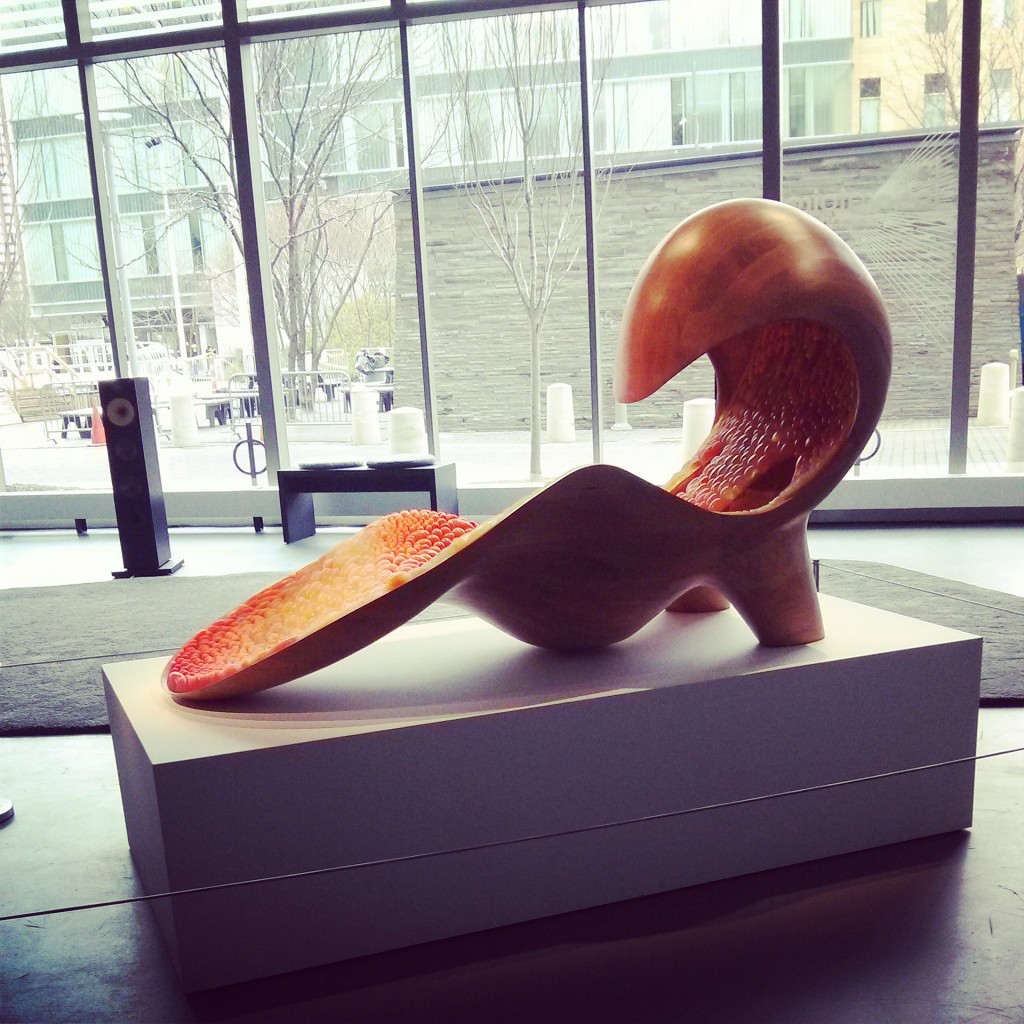 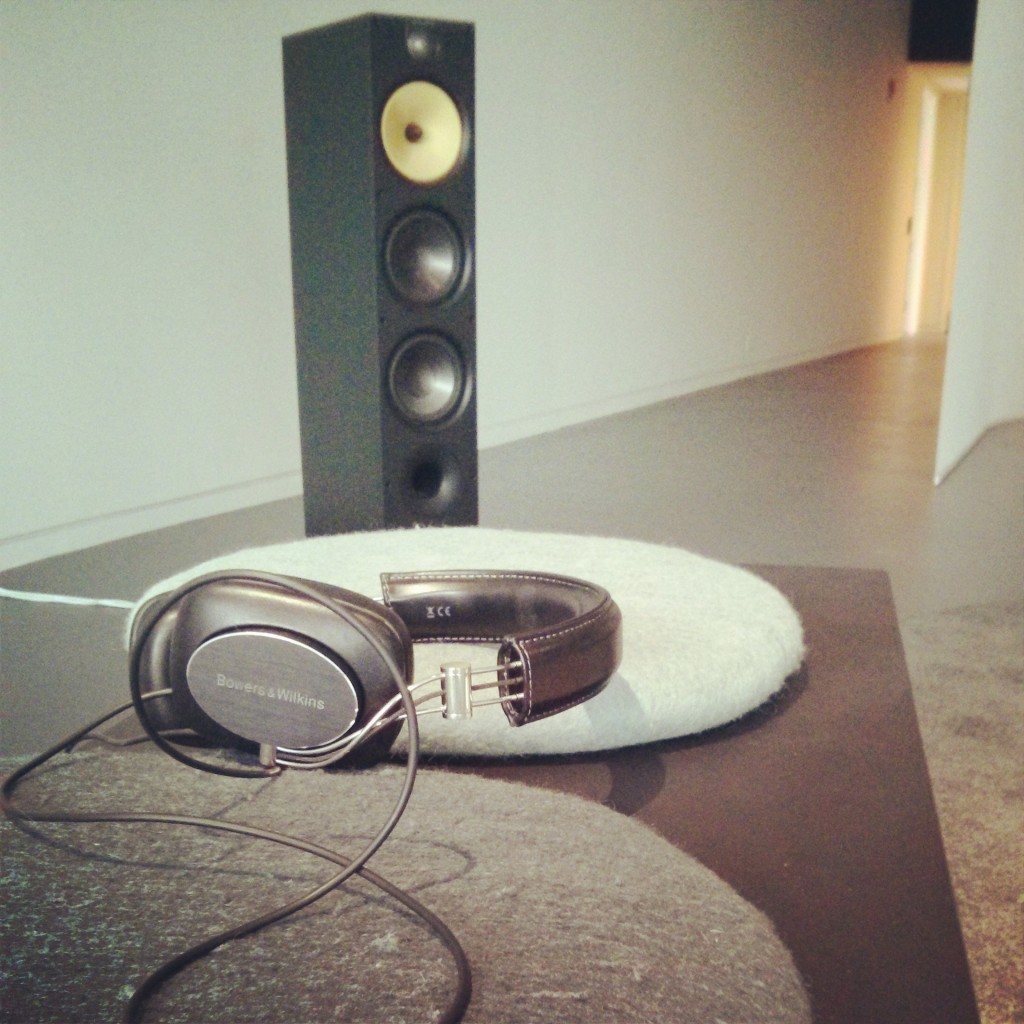 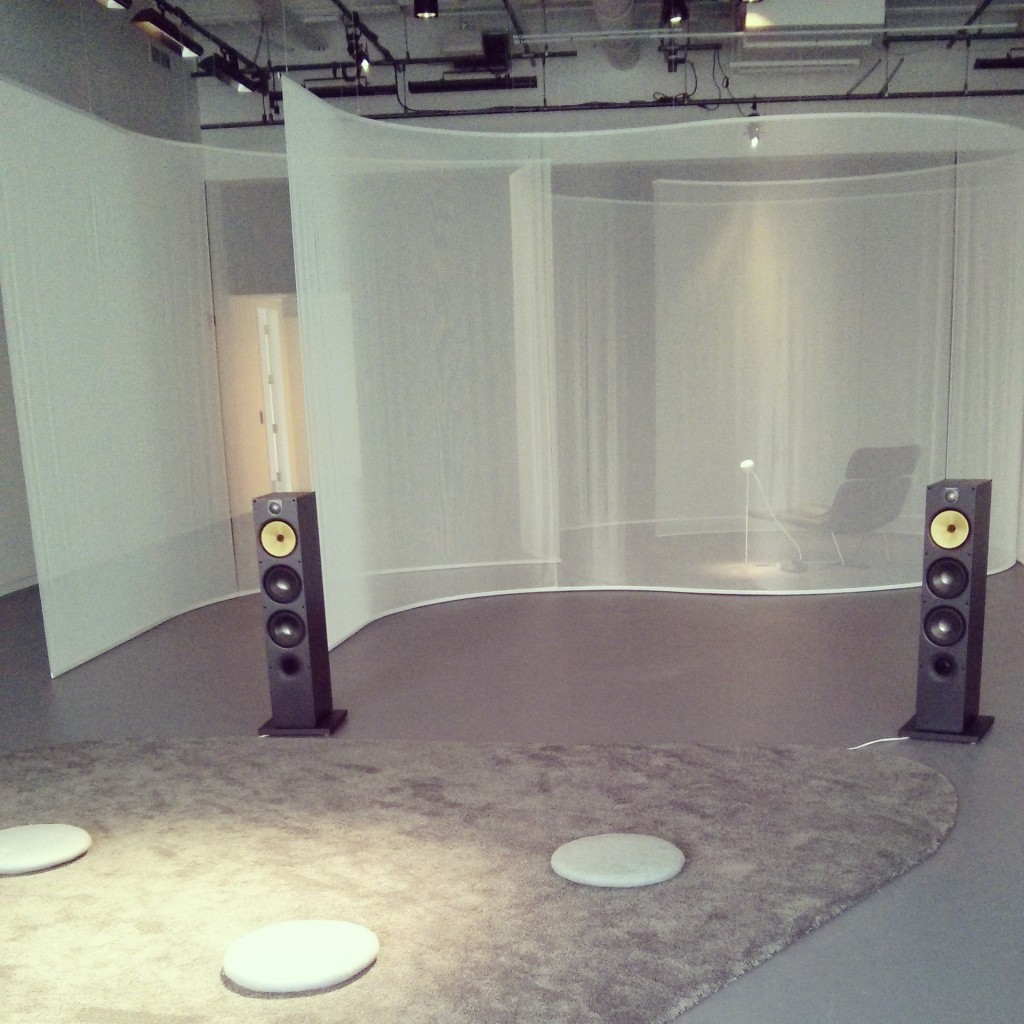 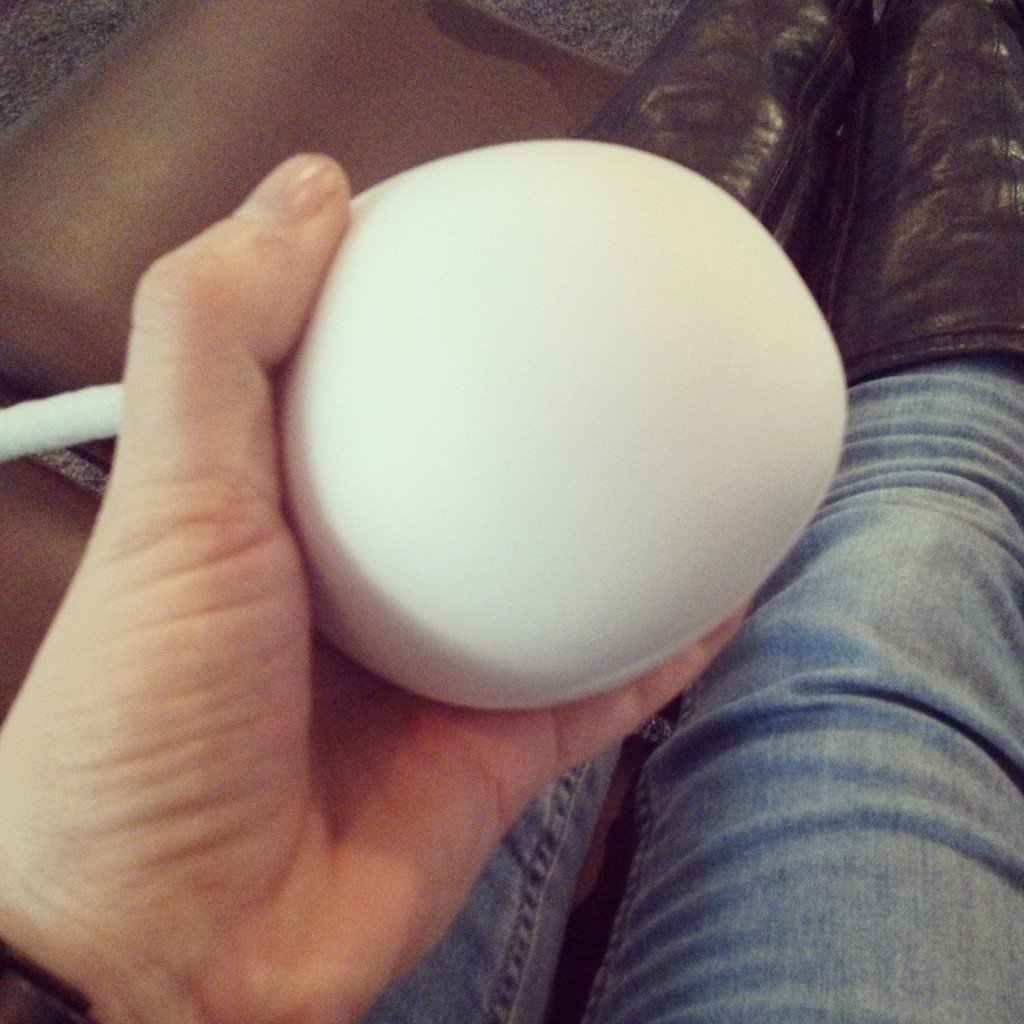